Overweight young athletes are prone to injury & how to prevent them 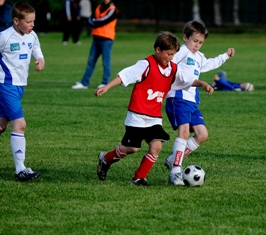 It's no mystery that issues with obesity and overweight in children are considered some of the most pressing health concerns in the country, and obesity rates for children in the U.S. are among the highest in the world. The prevalence of obesity in children and adolescents in the U.S. has increased significantly over recent years, and in conjunction with it, there has been a decrease in physical activity, exercise and fitness. In addition to obesity's direct reduction of physical activity, some consider obese children to be at a higher risk for sustaining injury than those of normal weight. In order to better understand this connection, a review investigated the relationship between obesity in children/adolescents and sports injuries. The review found weight to play a significant role and recommends a number of interventions issued by physical therapists to prevent injury.


Thirteen studies in total were analyzed for findings pertinent to the subject matter, and 11 contained some evidence that either a high BMI or per cent body fat led to increased risk of injury. Six studies evaluated the exact mechanisms at work in obesity leading to injury and the consensus was that postural control impairments contributed most. It was theorized that impaired postural control in obese children may result from difficulty controlling a disproportionately large body mass when playing sports, and poor physical fitness and low physical activity levels only compound this problem.

-As reported in the Nov. '09 edition of the British Journal of Sports Medicine